A Tuesday TorahTutors Tidbit About Kindness in the Book of Ruth 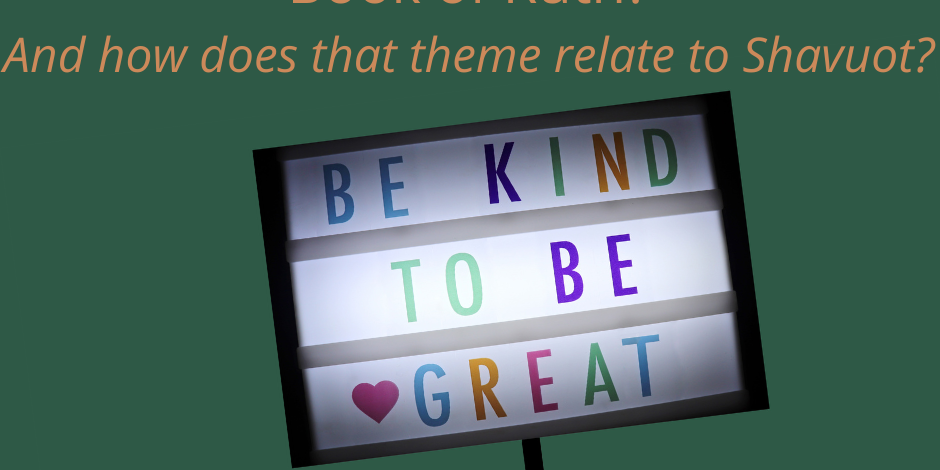 It’s Tuesday and almost Shavuot, which means it’s a great time for a #TuesdayTorahTutorsTidbit about Megillat Rut.
Real Torah, from real TorahTutors sessions.

A preteen TorahTutors student has been delving into Megillat Rut with her tutor.
They noticed many examples of chesed (kindness), a central theme in the Megillah that is one of the reasons offered for reading it on Shavuot – because Torah is about chesed from beginning to end (see Sotah 14a).
Here’s their list:
• Elimelech was punished because of his lack of chesed (he wouldn’t share his food).
• Rut and Orpah are recognized for their chesed of emotional support to Naomi.
• Rut collects in the field, taking advantage of the mitzvah of leket – leaving stalks for the poor. (“When your workers’ arms are too full, leave it for those whose arms are empty.”)
• Moavim aren’t allowed into Kehal Hashem because of their lack of generosity.
• Boaz’s numerous acts of kindness: a) encouraging Rut to continue collecting in his field; b) inviting her to take drinks from his cistern; c) verbally admiring the changes she’s made in her life; d) offering Rut a place to eat with his workers and giving her extra prepared food; e) warning his workers to treat her well, and telling them to “accidentally” drop stalks for her.
• Naomi suggests that Rut takes steps to have Boaz do the mitzvah of yibum – a chesed for the dead, so as not to be forgotten.
• Rut agrees to go to Boaz, despite the tremendous awkwardness, as a chesed to Naomi.
• When seeing Rut at his feet, Boaz speaks very kindly to her, even though he had every right to be furious.
• Boaz takes the first opportunity to seek out the closest relative to marry Rut.
• The relative is called Ploni Almoni (So-and-so, rather than giving him his full identity) in the Megillah because he refused to partake in this great chesed.

Can you find any examples our student missed?
Why do you think chesed is such a central theme, in Megillat Rut and in the Torah overall?

There’s so much to learn and discuss in the texts of our tradition, and we’d love to delve with you!