A Tuesday TorahTutors Tidbit About Counting and Praying 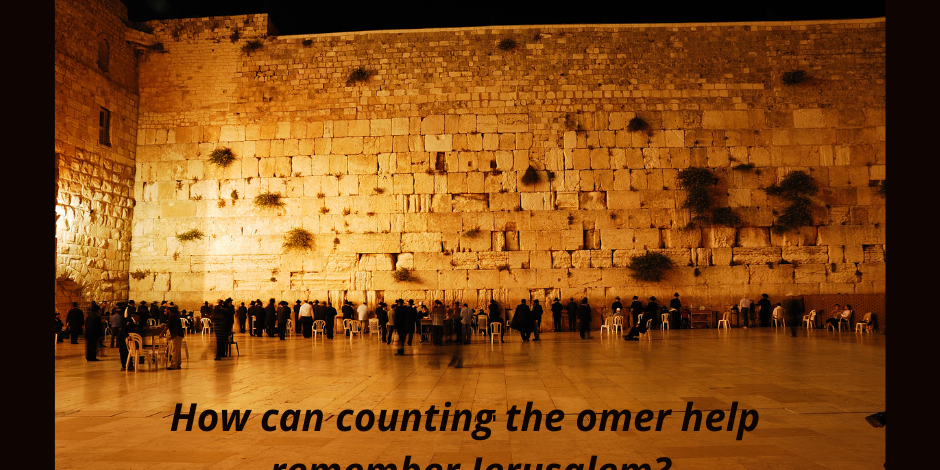 A TorahTutors student and tutor discussed some of the traditional practices designed to commemorate or memorialize the Temple. A famous example is the matzah-maror sandwich eaten at the Pesach seder, just like Hillel used to do it “when the Temple was standing” – only his sandwich included the meat of the korban Pesach. Another one we may not think about so much is the ever-present light that traditionally hangs in shul, which according to some is to remember the menorah that was lit daily in the Beit Hamikdash.

The student also learned that Rav Soloveitchik differentiated between these commemorative practices: some, such as Hillel’s sandwich, recall the Beit Hamikdash in a positive light, while others highlight its destruction. Counting the days of the omer has a tinge of the latter – befitting the mourning practices instituted after Rabbi Akiva’s students died – and so we follow each day’s count with a prayer to rebuild the Beit Hamikdash and end that sadness.