A Tuesday TorahTutors Tidbit About Hebrew Letters and Their Numbers 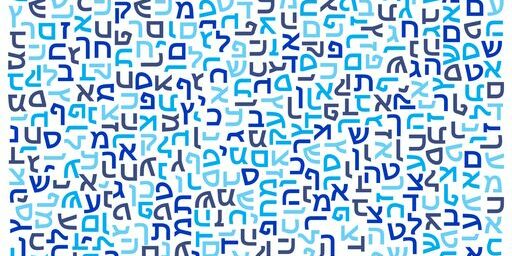 Some TorahTutors students are more focused on Hebrew language, while others study Jewish texts or ideas in whichever language works for them – and some do both.

For instance, one student learning about how Hebrew letters are used as numbers didn’t just practice filling in numerical equivalents to match each letter, but delved into some examples of gematria.

One famous example connects one of the most fundamental Torah verses taught to young children with a basic tradition about mitzvot as a whole: Devarim 33:4 (that’s lamed-gimmel, dalet) states, “Moshe commanded us Torah”; the Talmud (Makkot 23b, or chaf-gimmel amud bet) notes that the Hebrew letters of the word “Torah” add up to 611, and if we add the two mitzvot which God said directly to the people (rather than having Moshe convey them), we get 613 – the total number of mitzvot in the Torah.

In another example, Sanhedrin 38a (lamed-chet amud aleph) notes that the Hebrew words for “wine” and “secret” both add up to 70 – and infers an important connection between the two words: “When wine goes in, secrets come out!”

To share one more: The Gemara in Yoma 20a (chaf amud aleph) asserts that the Satan, who usually serves as an accusatory voice in the heavenly court, has no power to do so on Yom Kippur. The evidence offered for this assertion is that the Hebrew letters that spell “the Satan” add up to 364 – hinting that he has permission to accuse on 364 days of the year, but there is one day on which he does not, and that is Yom Kippur.

However one understands the basic idea of deriving meaning from gematria, it certainly makes for a meaningful way to combine Hebrew language studies, math, and Jewish tradition!