A Tuesday TorahTutors Tidbit About A King With Heart 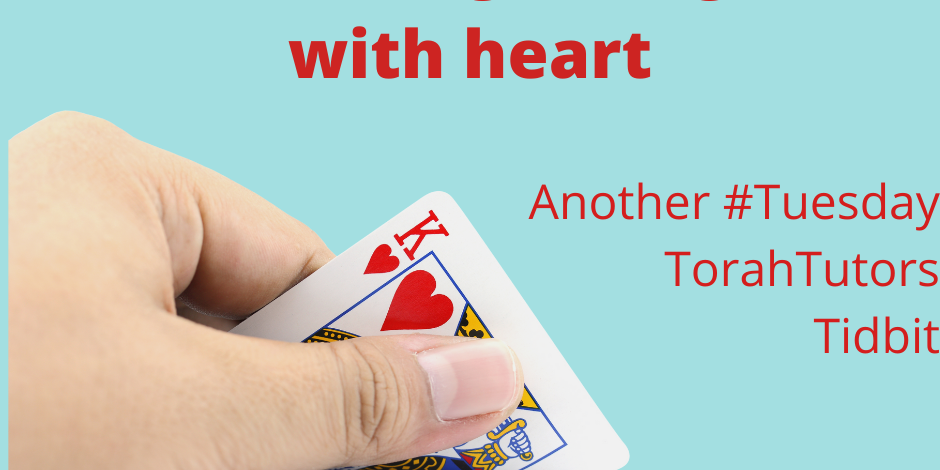 A TorahTutors student studying the story of King David learned that the prophet Shmuel needed a lot of guidance to arrive at the son of Yishai he was supposed to anoint. When he first saw Eliav, the oldest, Shmuel felt sure that was the one – until God reminded him that (as some might put it) it is not what is outside, but what is inside that counts: “Do not look at his appearance or his height, for I have rejected him, for it is not as a human sees – for a human looks to the eyes [at what the eyes can see], but God looks to the heart” (I Samuel 16:7).

The Gemara (Pesachim 66b) suggests that Eliav may indeed have had potential to be chosen, but was disqualified because of his anger, a trait we later see him display toward his brother David. “When Shmuel went to anoint, it is written about each of them [Yishai’s sons] ‘Not this one did God choose,’ while regarding Eliav it is written ‘for I have rejected him’ – implying that He had been favorable toward him until now [i.e., except for this trait God identified in him, though we don’t see it until later; see Rashi].”

Radak, in his commentary on I Samuel 16, suggests the prophet had been certain it was Eliav because he was the eldest and because he was tall and good-looking like Shaul, the first king God had chosen for the people. He thought God must take appearance into consideration because it would impress the people and help the king serve as a strong leader. According to Radak, Shmuel wasn’t wrong – but impressive externals without the right internal traits won’t do it: “And thus it is, as Shmuel thought…as long as his [the kingly candidate’s] heart is good and upright.”