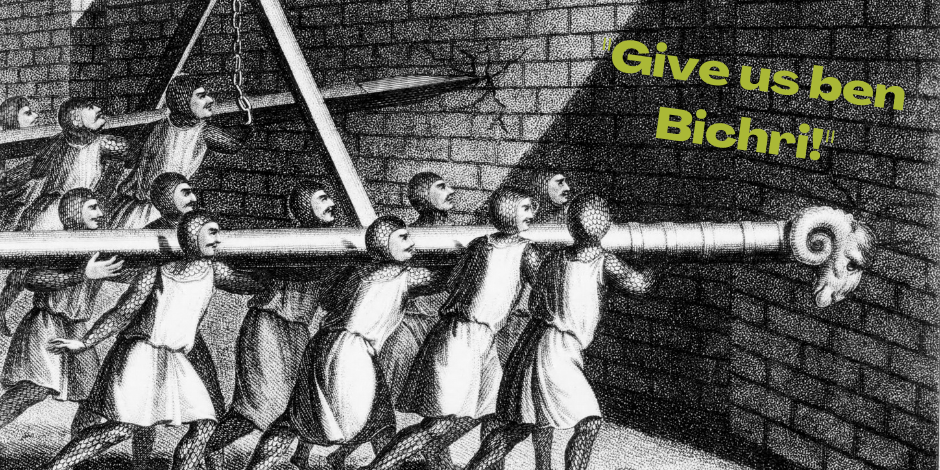 A TorahTutors student encountered some overlap between halachic complexity and biblical narrative.

II Shmuel Chapter 20 tells of Sheva ben Bichri’s rebellion against King David. When David’s agents caught up with him, they besieged the city he was in and began battering the wall to get to him. An unnamed wise woman called out to speak to Yoav and asked him why they were attacked a city of Israel. When Yoav explained that they had no issue with the city but were only seeking Sheva ben Bichri, the wise woman saw to it that the rebel was killed – thus ending an attack that could have resulted in needless bloodshed.

The story of Sheva ben Bichri is both disturbing and fascinating on several levels, providing much for a student and teacher to discuss – including its relevance to laws regarding how to weigh the life of one against the life of many.

Rambam discusses this issue in Hilchot Yesodei HaTorah 5:5: If a group of people is threatened “Give us one of you to kill or else we’ll kill you all,” they must submit to being killed rather than hand over even one Jewish life. If, however, they specify a particular individual to be handed over or else they’ll kill everyone, then IF the specified person is guilty of a capital crime and deserving of the death penalty – as in the case of Sheva ben Bichri, who earned a death sentence by rebelling against the king – then, says Rambam, they should hand him over.

Of course, there is still much more to discuss about these difficult scenarios and complex rulings – and TorahTutors.org is a great place to delve into that or any other Torah topic!