A Tuesday TorahTutors Tidbit About Rosh Hashana, Sheep, and Counting 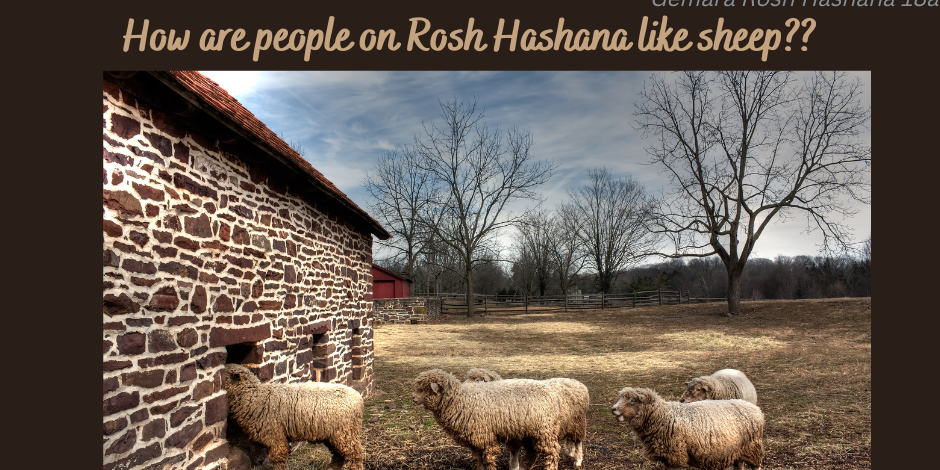 Time for a Tuesday TorahTutors tidbit: Real Torah, from real TorahTutors sessions… getting ready for a real(ly) big day.

The biggest of four big days, in a sense.

Did you think there was just one Day of Judgment? A TorahTutors student learned that the Mishna in Rosh Hashana (1:2) lists four:

The Gemara provides several interpretations of the phrase “bnei maron,” which are in turn understood in a variety of ways by later scholars. According to one view, “bnei maron” means “sheep” – and not only is this metaphor interpreted in different ways, but even opposite ways: some suggest the intent is that a shepherd sees all his sheep at once, while others understand the Mishna to be referencing sheep specifically as they pass before the shepherd one by one, through a gate, so he can see and count or assess each individually.

Either way, of course, the end result of the metaphor is the same – as expressed in the verse quoted by the Mishna. Whether God sees us all at once or individually, He can see each heart and assess its owner’s deeds individually.

As we approach Rosh Hashana, TorahTutors wishes each and every one of our students, teachers, and friends a happy and healthy new year, full of Torah learning, personal growth, and the confidence to stand up and be counted before God.