A Tuesday TorahTutors Tidbit About Chanukah, Milk, and Sleep 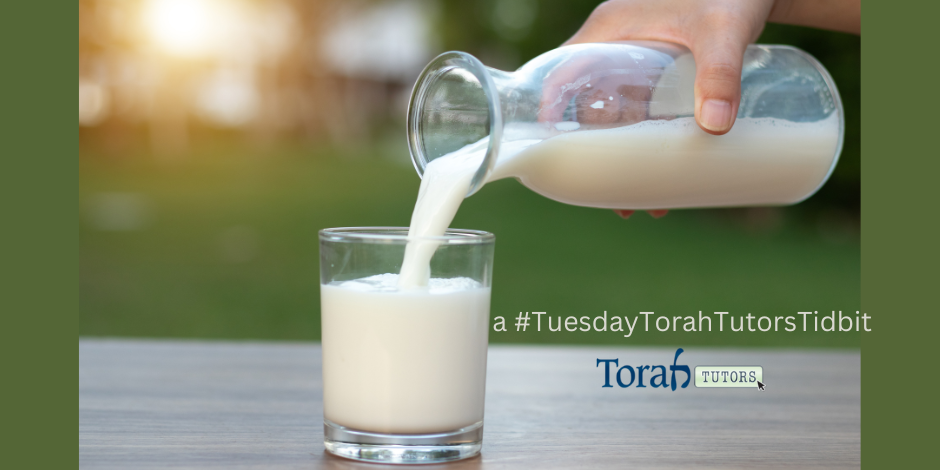 While oily foods (latkes and donuts) get the most press on Chanukah, Rema (Shulchan Aruch OC 670:2) mentions a custom to eat cheese, in commemoration of a miracle performed through milk in the story of Yehudit – who fed milk to an enemy leader to make him sleepy, and thus was able to kill him.

Of course, Yehudit’s story – while it deserves lots of study in its own right – echoes one that occurred much earlier in Jewish history, that a TorahTutors student studied in depth. In Judges Chapter 4, Devorah and Barak lead the Jewish army against a formidable Canaanite army led by Sisera. While the battle goes in their favor, the truly decisive moment comes when Sisera flees and tries to hide in the tent of Yael – who welcomes him in, gives him milk, and kills him.

In Chapter 5, Devorah sings a victory song, thanking God as well as those humans who helped win the battle – including Yael, upon whom she heaps praise and whose actions she recounts in detail, including the milk: “Water he asked; milk she gave. In a bowl of the mighty she brought curds” (Judges 5:25).

Interestingly, not all commentators agree about the significance of giving Sisera milk – especially considering the contrast between the milk Yael gave him and the water he had requested. Radak and Metzudat David, for instance, says it was to make him sleepy; Rashi, however, suggests it was to assess his sleepiness, to see whether he would note that she had not given him the drink he requested. Presumably, the idea was that if he noticed, she would know to wait longer before approaching him with her deadly tent peg.

Either way, we recommend enjoying dairy this Chanukah – but stay alert and be safe with those candles burning. Maybe learn a little Torah?